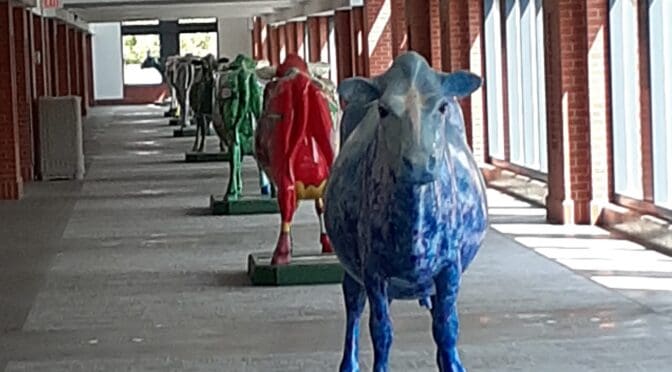 It was quite the walk through today making my comparative to the2004 pulse as an example when I’d regularly spend time in the Calgary Plus 15 system for lunches and walks in the winter time while working downtown.

For those not local, the “Plus 15” system encompasses passage ways connecting buildings in the downtown core at 15 feet in theory from ground (second level). Some of the passage ways are more elaborate and buildings will host space allocated for merchants on level two.

At 3:30 in the afternoon on a Wednesday, half the shops and closed up and half are open and then there’s the deluge of “For Lease” signs. Very few people were around. Security guards are chatty ‘cause they’re so bored in spite of what should be increased demand in their duty associated with vagrancy. You see, in addition to their week day chores, the city has apparently passed a plebiscite requiring Plus 15s to be open now during weekends as a place of refuge for the homeless (could Calgary be the next Seattle?).

Back in ’04 people were dressed for the executive suite and corridors were jammed during lunch. There was excitement and people were poised for their next promotion. The middle management competitive ire was palpable. I remember thinking to myself back then as someone not making their salary….you just wait – these good times won’t last. I was right.

The Cenovus takeover of Husky has emptied the Husky building and in viewing the concourse and centre square within, the view of emptiness is breathtaking. Apparently, the fine lunch counter on the third floor remains open just for the lunch hours. The Nexen building still seems empty as well.

What will come of all this office space? The largest vacancies will be in the A Class space and rest assured that the pension funds as large owners won’t be as flexible as they should be in the short term.

The government benefit programs are all at work subsidizing merchants. In fact, when everyone else is open for business in Calgary with few restrictions….these plus 15 merchants for some reason or another still have their hours restricted. It’s bizarre but not surprising given what I’ve seen of political leadership in Calgary and Ottawa.

I’m not hearing enough about incentives to drive commerce to the downtown core. The new world wide initiative to impose a minimum corporate tax on corporations irrespective of headquarters could be a significant setback for office uptake in Calgary. Taxpayers should not be bailing out pension funds in lieu of malinvestment and ill thought urban planning.